SKU
B0485
Add to Compare
Update Required To play the media you will need to either update your browser to a recent version or update your Flash plugin.
"Skylines," version for woodwind sextet by Howard J. Buss, was originally composed for trumpet and piano during the Fall of 2002. This version for woodwind sextet was commissioned in 2019 by Victoria Ward Ltd. in memory of clarinetist David Marshall. It is scored for flute, oboe, English horn, clarinet, bass clarinet and bassoon. An additional bassoon part is provided as a substitute for part 5, the bass clarinet. Cast in two movements, it is a picturesque musical urban portrait. Skylines is loosely programmatic in that no specific city is depicted; rather, the composer captures, in a broad manner, the essence of the big city spectacle. The lyrical and majestic first movement, Panorama, suggests the expansive grandeur of cityscape. The second, Amid the Spires, is hugely influenced by jazz and captures the dynamic energy of life on the busy streets.
Skip to the end of the images gallery 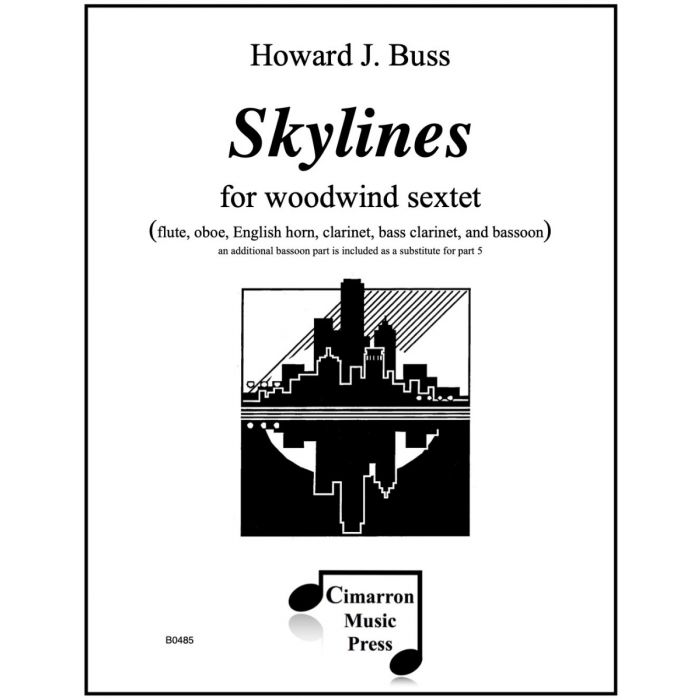