SKU
TEP10312
Between 17 - 34 Reward Points will be used to purchase this product
Add to Compare
The following twenty etudes were composed to help prepare the advanced tubist for the orchestral, chamber and solo repertoire. Each etude specifies distinct characteristics of a particular compositional style that the tubist may encounter in a professional performing situation.

Performing these etudes requires the basics of technique such as flexibility, articulation, cantabile, intonation, slurring, intervals, tonguing, rhythm, scales and developed tessitura. Among the twenty etudes, at least one etude has been composed in each of the twelve tonal centers. Many of these etudes also contain exercises for the contemporary tubist in dimensions such as expanded tonality, ametrical rhythms, non vocal intervalic melody, metric-modulation, finger dexterity, abrupt dynamic contrasts and synthetic scales.

Some of the etudes have metronomic markings suggesting ranges of tempi; these are "goal" tempi. In many cases it is suggested that the performer start at a slower tempo and build up to these goals.

Although this set of etudes has been specifically composed for the advanced college and professional tubist, performers of intermediate ability may find some of the studies helpful at slower tempi. These etudes will work well for tubas in all keys, although a few of the etudes have been composed especially for the CC tuba. 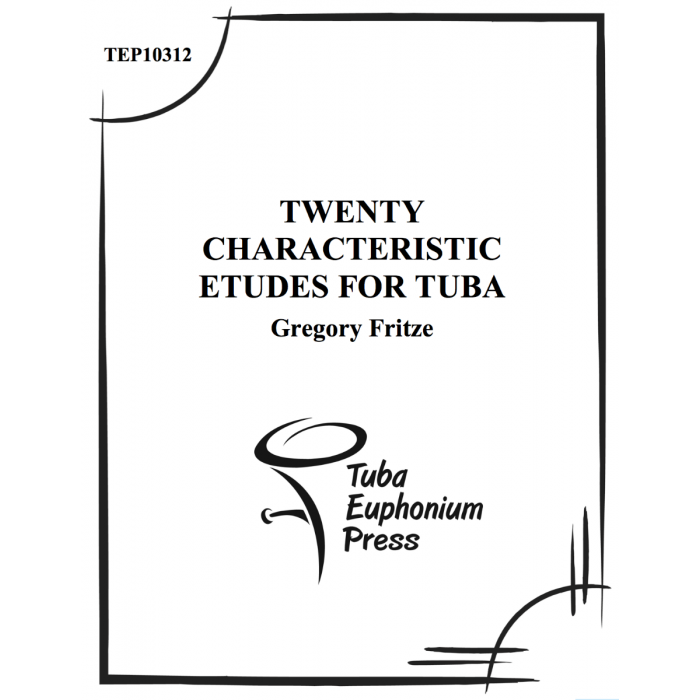