SKU
B0498
Between 28 - 56 Reward Points will be used to purchase this product
Add to Compare
Update Required To play the media you will need to either update your browser to a recent version or update your Flash plugin.

Stephen Collins Foster (1826-1864) is often referred to as “the father of American music.” Many of his numerous songs serve as a window into the spirit of America in his day. Others are exquisitely sentimental. Whether or not one approves of the lyrics of his minstrel songs, the enduring beauty and vitality of his melodies cannot be denied.

Like Foster, the arranger of this quintet, Howard J. Buss, was born in Pennsylvania. He now lives in Florida, where the official state song is Foster’s “Old Folks at Home,“ also widely known as “Swanee River.” Buss states, “The State of Florida revised the lyrics of this song in 2008 to take the edge off their minstrel origins, I also believe it was wise to update the words in order to preserve the music. In this instrumental arrangement, the original music is preserved while showcasing it in a more modern musical framework.“

In addition to the six Foster songs in this arrangement, Buss interjects two other well-known melodies. The “First Call” bugle call is woven into the tapestry of Camptown Races” and “The Girl I Left Behind Me” serves as a partner song to “Ring, Ring, the Banjo.”

The movements may be played individually or in smaller groupings. The total duration is approximately 11’ without pauses between the movements. 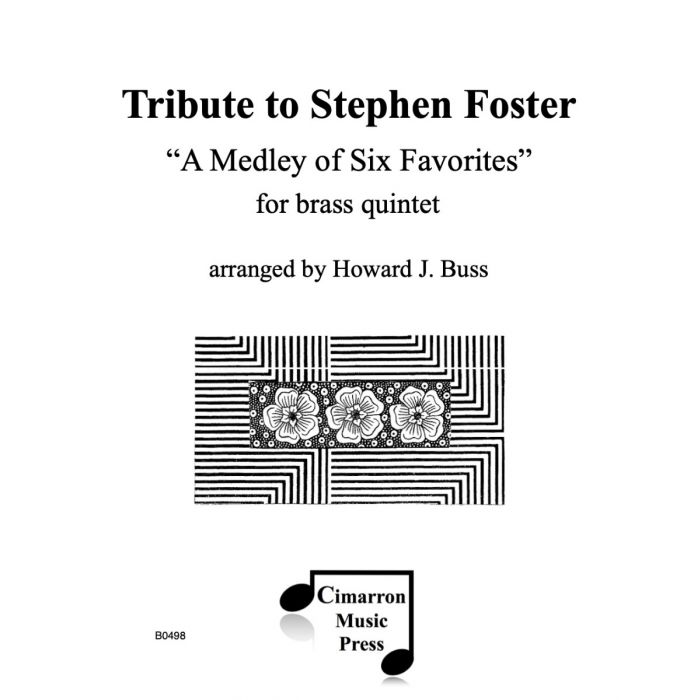