SKU
B0380TCS
Between 100 - 200 Reward Points will be used to purchase this product
Add to Compare
Update Required To play the media you will need to either update your browser to a recent version or update your Flash plugin.
with Orchestra (Solo Bb and C parts included): Cast in 2 powerful and engaging movements, it is a picturesque musical urban portrait. Skylines is loosely programmatic in that no specific city is depicted; rather, the composer captures, in a broad manner, the essence of the big city spectacle. The lyrical and majestic first movement, Panorama, suggests the expansive grandeur of cityscape. The second, Amid the Spires, is hugely influenced by jazz and captures the dynamic energy of life on the busy streets. Commissioned for Eric Berlin and the 2003 ITG Conference.
Skip to the end of the images gallery 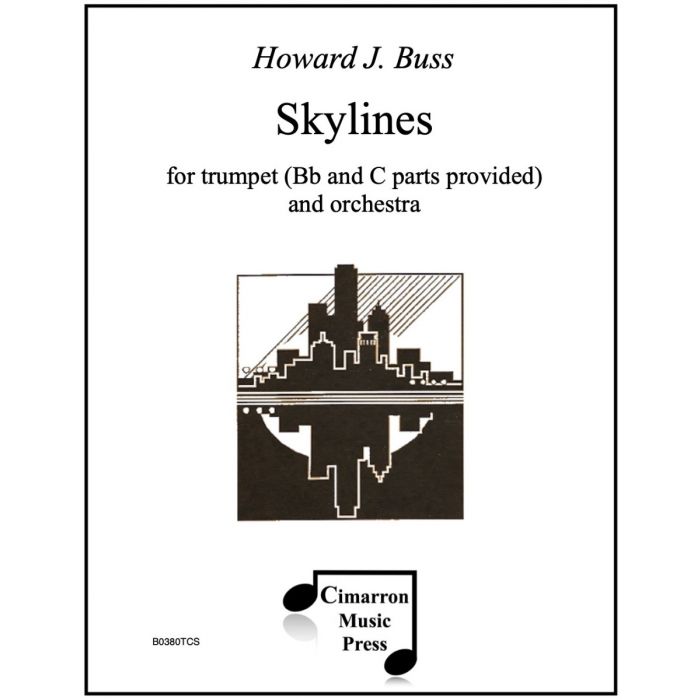