SKU
B0483BCS
Between 100 - 200 Reward Points will be used to purchase this product
Add to Compare
Update Required To play the media you will need to either update your browser to a recent version or update your Flash plugin.
"Reflections on the Last Post" for tuba and band (or wind ensemble) by Howard J. Buss was inspired by The Last Post Ceremony at the Menin Gate Memorial in Ypres, Belgium. It honors the thousands of soldiers who died to free Belgium from the Germans in WWI. The Last Post Ceremony was first held on July 1928 and has been performed every night since November 11, 1929 at the Menin Gate Memorial, except during the years of the German occupation of Ypres from May 20, 1940 to September 6, 1944. During the occupation the ceremony was continued at the Brookwood Military Cemetery in Surrey, England. The composition develops the “Last Post” bugle call, which is performed near the beginning of the ceremony. The work also has stirring sections signifying the youthfulness and vitality of those who fought and died on the Ypres battlefields This work was winner of the Composition Competition of the U.S. Army Band’s 2019 Tuba-Euphonium Workshop and will be used for the workshop’s 2020 performers’ competition.
Skip to the end of the images gallery 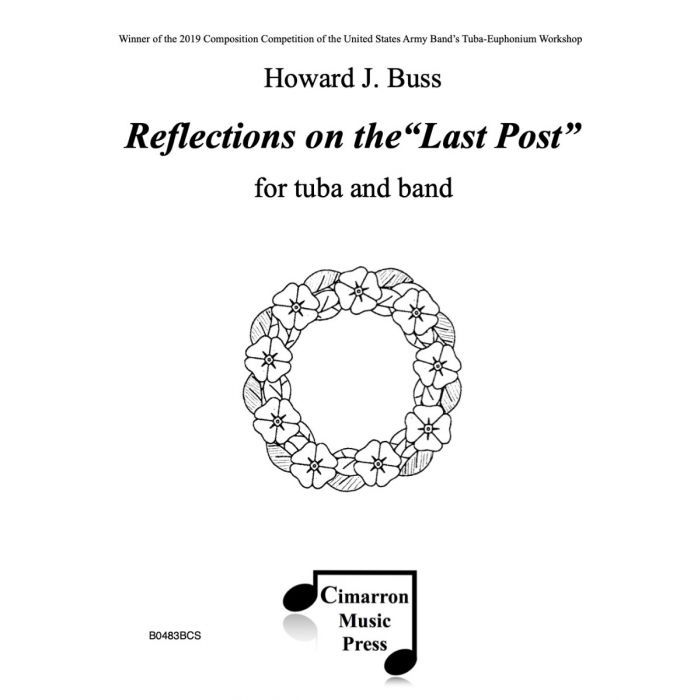