Officer of the Day

SKU
CM5171
Between 18 - 36 Reward Points will be used to purchase this product
Add to Compare
Robert Browne Hall, best known as R.B. Hall, was a prolific composer of marches having published 63 marches during his lifetime. Hall, a virtuoso cornetist in his own right, became the conductor of his local brass band at the young age of 19. ‘Officer of the Day’ (1903) is one of Hall’s most famous marches, the trio of which has been used on several occasions included as the Alma Mater of Carleton College. This is sure to be a favorite of your audience.
Skip to the end of the images gallery 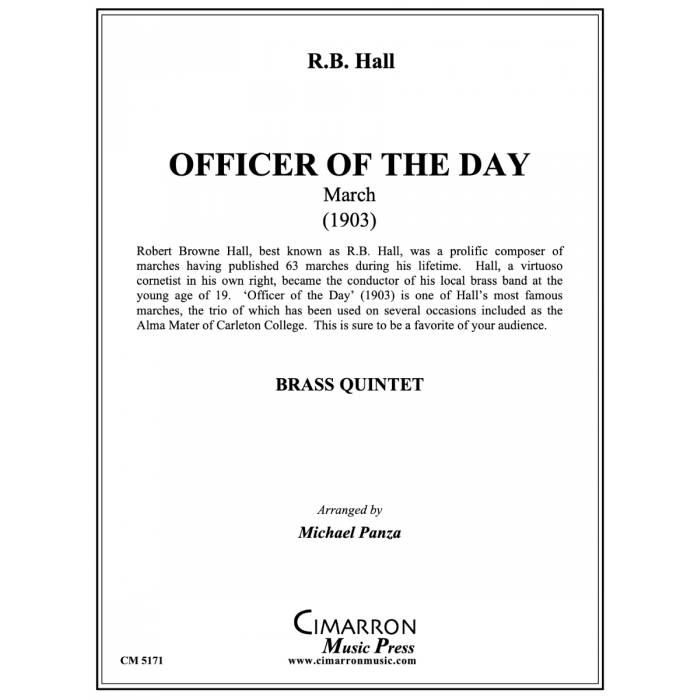