Jason and the Golden Fleece

SKU
TEP10731
Between 30 - 60 Reward Points will be used to purchase this product
Add to Compare
Update Required To play the media you will need to either update your browser to a recent version or update your Flash plugin.
2 Euphs, 2 F Tubas, 2 C Tubas and Percussion; Commissioned by Symphonia, conducted by Winston Morris, With assistance from the Sasktchewan Arts Board.

The ﬁrst movement, Jason and the Argonauts, represents the crew of heroes on the "Argo," the ship built to carry them in their quest for the Golden Fleece.

The Symplegades, or clashing islands, impeded the entrance to the Euxine Sea. These small rocky islands ﬂoated on the surface of the water, and in their tossings and heavings occasionally came together to crush anything caught between them. Jason, on the advice of Phineus, let a dove ﬂy through the islands ﬁrst, and when they clashed, just missing her, Jason passed safely through on the rebound.

Medea was the beautiful and seductive daughter of the Colchian king who owned the powerful sorceress and gives Jason a charm to help him complete the tasks her father demanded that Jason do to win the Fleece. One of those tasks, Sowing the Dragon's Teeth, required that Jason yoke two ﬁre-breathing bulls to a plow and sow the teeth of the dragon which Cadmus had slain and from which would grow a crop of armed men. When this belligerent army rose from the ground, Jason, using the charm Medea had given him, caused such confusion in the ranks of his assailants that they turned on each other until there were none left.

The ﬁnal movement, The Golden Fleece, comes as a tribute to the success of the group of heroes in their long and difﬁcult quest. 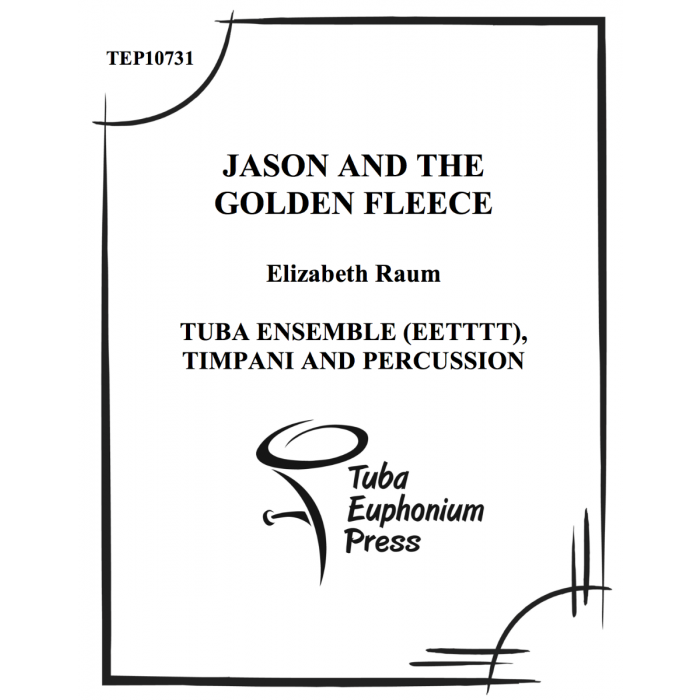