SKU
B0416BCS
Between 128 - 256 Reward Points will be used to purchase this product
Add to Compare
Update Required To play the media you will need to either update your browser to a recent version or update your Flash plugin.
ENERGICO! for band or wind ensemble ( begins with a concise, stately section that presents harmonic and rhythmic material that is developed throughout. The festive main body of the work is in an episodic ABA-Coda format and mixes Buss’ unique style of soaring lyricism with crisp, energetic rhythms and colorful harmonies. Energico! was originally written for flute ensemble during the summer of 2008: The Long Island Flute Club with support from The Brannen-Cooper Fund commissioned it in celebration of its 25th anniversary (1984-2009). It was premiered in 2009 by the Professional Flute Choir of the Long Island Flute Club at the National Flute Association Convention in New York City. The flute choir version of the work is available from Brixton Publications. Energico! for band intensifies the energy of the original version by utilizing the full resources of the concert band, including four percussion parts. The timbral palette is expanded accordingly and includes the use of mutes, stopped horn, and other colorful devices. Energico! for band is a sophisticated, yet audience-friendly work.
Skip to the end of the images gallery 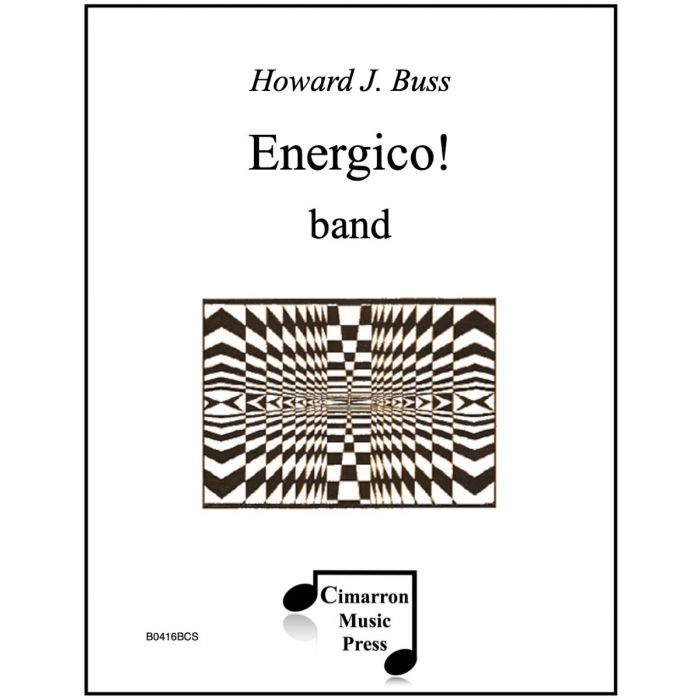