SKU
B0901
Between 30 - 60 Reward Points will be used to purchase this product
Add to Compare
Update Required To play the media you will need to either update your browser to a recent version or update your Flash plugin.
THE DEVIL’S SONGBOOK “Eight Irreverent Songs” for medium or high voice, bassoon (or cello or contrabass) and piano is based on humorous texts which explore the nature of various aspects of human nature. The songs are entitled Of Politicians (lyrics by William Shakespeare and Hilaire Belloc), Of Businessmen (lyrics by Mark Twain), Of Critics and Music (lyrics by Robert F. Murray, Charles Lamb and the composer), Of Vanity (lyrics by James Thomson), Of Attorneys (lyrics derived from an anonymous quote on the Headstone of Mr. Jonathan Gill, Esq. who died February 6, 1751), Of the Media (lyrics by Humbert Wolfe), Of Vanity (anonymous lyrics), and Of Celebration (lyrics by Dorothy Parker).
Skip to the end of the images gallery 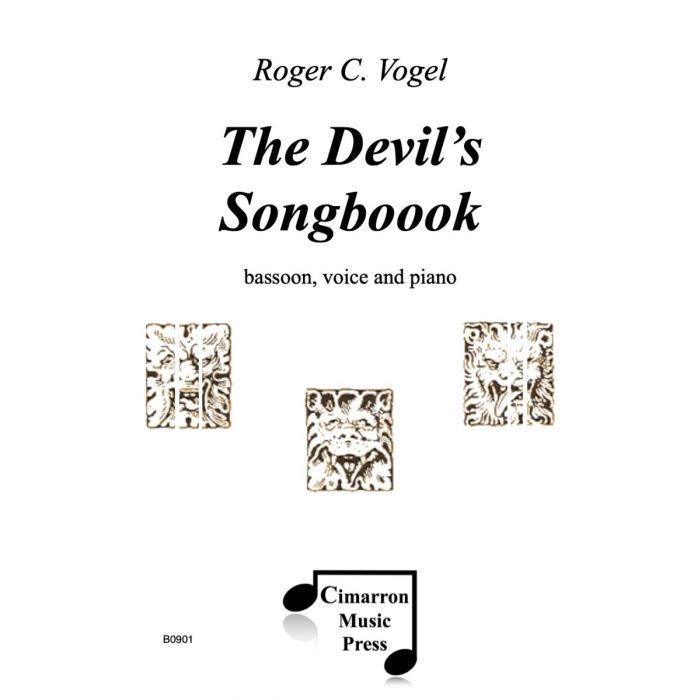