SKU
TEP11080
Between 25 - 50 Reward Points will be used to purchase this product
Add to Compare
Update Required To play the media you will need to either update your browser to a recent version or update your Flash plugin.

reduction with Rhythm section (recording is with wind ensemble)

The Concerto for tuba and winds is in my usual Third-Stream style, but I utilized
many new techniques for the first time in this piece. Jazz, rock, hip-hop and many kinds
of classical styles come together in the Concerto. Polymeter, improvisation and intuitive
swing notation play important roles in this piece as well as traditional four-part
counterpoint and ancient Greek form. It is simply titled Concerto in a classical fashion
but each movement has a more descriptive title.
I. Swing Low
II. Adagio
III. Cutting Contest

I utilized a customized variation on the classical concerto form: a sonata-allegro
first movement, a slow second movement and a theme and variations finale.
Philosophically, this piece explores the traditional nature of a concerto from several
different angles. The first movement explores the cooperative side of a concerto. One
Latin root of the word concerto is conserere, which means to join. The soloist and wind
ensemble cooperate to produce many layers of polymeter in Swing Low. The Latin root
certamen, on the other hand, means to fight. So while the first movement is a
cooperative effort, the third movement, Cutting Contest, explores the idea of a musical
battle between the solo tuba and the wind ensemble on a familiar tune.

On March 6th, 2012, the Concerto was premiered in Seattle. Erin Bodnar led the
University of Washington Wind Ensemble with myself soloing. The Central Washington
University Wind Ensemble then recorded it with Dean Snavely conducting. 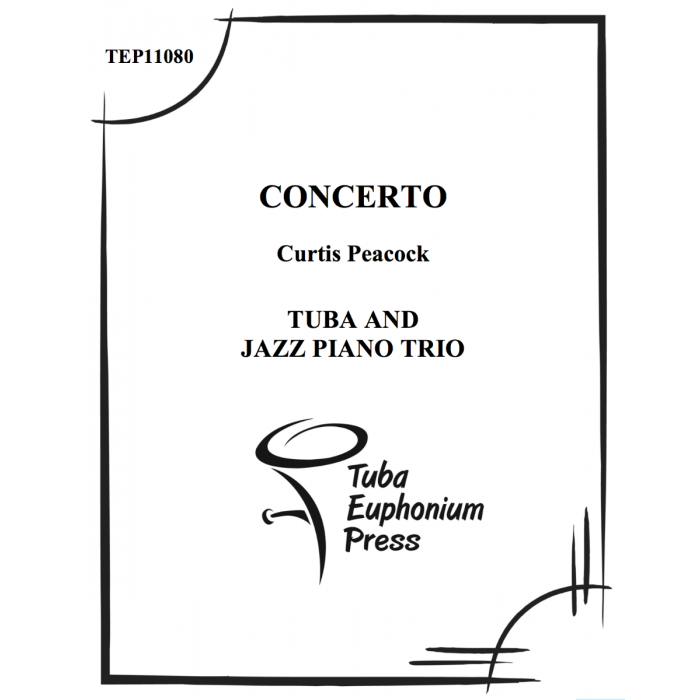