SKU
B0405
Between 28 - 66 Reward Points will be used to purchase this product
Add to Compare
Update Required To play the media you will need to either update your browser to a recent version or update your Flash plugin.
"This riveting “tour de force” musically depicts the character and exploits of Washington Irving’s dashing prankster, Brom Bones, in The Legend of Sleepy Hollow. The musical ensemble consists of 2 trombone quartets, each comprised of three tenors and one bass. The work is cast in 5 movements, the first two are interconnected: I. Overture (2:00) II. The Smoke Out (2.40) III. The Schoolhouse Caper (2:00) IV. Ichabod’s Romance (3:40) V. Night Encounter (3:10) Following the energetic and heroic Overture, in The Smoke Out tone clusters represent the buildup of smoke in Ichabod’s singing school. Chorale-like passages suggest the music of the singers in training. The movement ends in transition, as Brom Bones and his small band of pranksters gallop off to their next adventure. The third movement, The Schoolhouse Caper, combines very aggressive and topsy-turvy passages with humorous, plodding interjections. Ichabod’s Romance begins as a beautiful unaccompanied ballad which is abruptly disturbed by a cacophony of brassy muted trombones, suggesting the whining of Brom’s mocking dog. Beautiful hymn-like sections serve as the backdrop to heartfelt solo passages, which are again disturbed by Brom’s annoying dog. The movement ends as it began, with the beautiful trombone solo. The intense final movement, Night Encounter, depicts Ichabod’s frightening and fateful run-in with the Headless Horseman, suspected by some to be Brom Bones in disguise. This is a “must” for the advanced college ensemble. Score & parts included."
Skip to the end of the images gallery 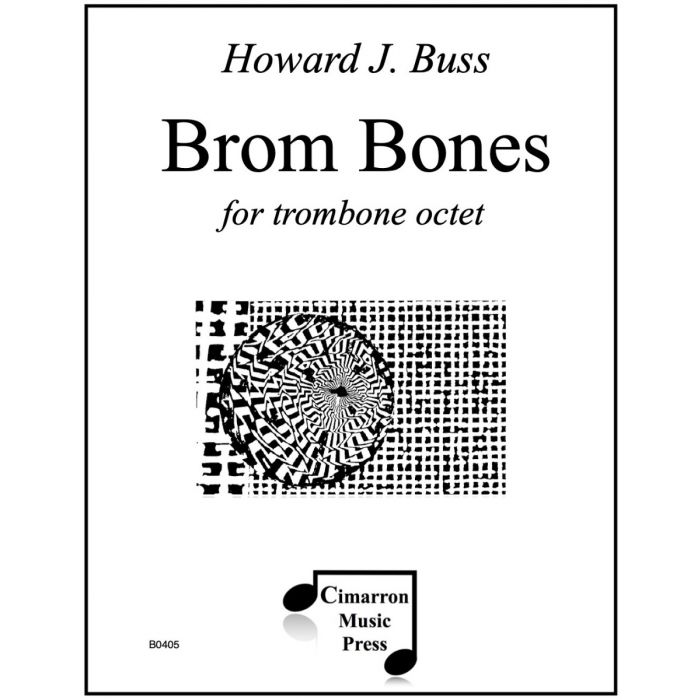