SKU
B0429
Add to Compare
Update Required To play the media you will need to either update your browser to a recent version or update your Flash plugin.
4 Trombones and 8 Percussion: The character of this music is strongly influenced by jazz and Latin music. The intriguing rhythms and soaring melodies combined with the implied theatre suggested by the staging, make this a sophisticated, yet accessible composition that is rewarding to perform and listen to. The 4 trombone parts may be performed with a quartet; however, it is desirable to have multiple players used on each part except in those areas where the score specifically specifies one player on a part for a particular passage. The unique instrumentation of this ensemble, combined with the prevalence of numerous colleges and universities that have trombone choirs and percussion ensembles, make this a concert work that is destined to become standard literature. "Somewhat contemporary sounding, with jazz and Latin influences, one's interest is held for the entirety. The two instrument families are well integrated throughout. Some sections are extremely lyrical in the percussion ensemble and rhythmic in the trombones, vice versa in others. This compositional technique allows for great clarity throughout the work. An enjoyable work for the performers and audience." -Susan Martin Tariq, Percussive Notes Magazine. Dedicated to Tom Brantley and Robert McCormick. The University of South Florida Trombone Choir and Percussion Ensemble premiered it in Tampa, Florida on January 21, 2012 under the direction of Robert McCormick.
Skip to the end of the images gallery 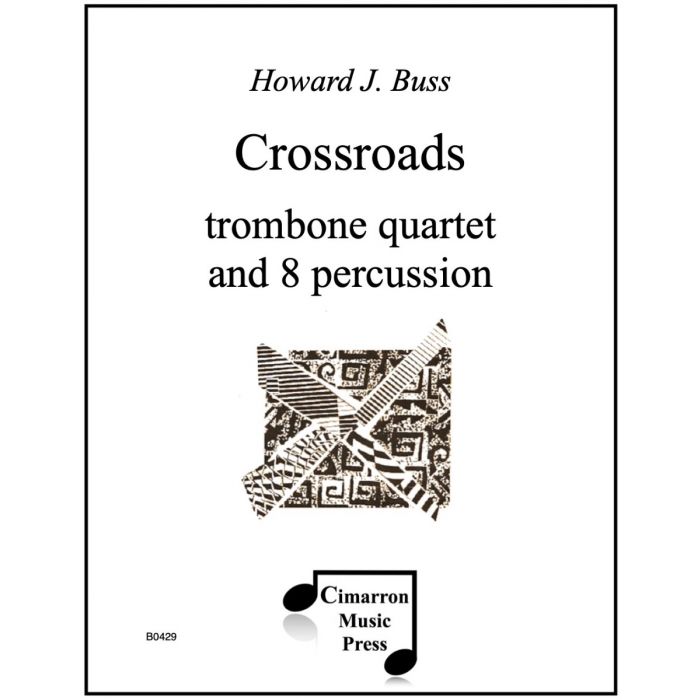