SKU
B0369BCS
Between 100 - 200 Reward Points will be used to purchase this product
Add to Compare
Update Required To play the media you will need to either update your browser to a recent version or update your Flash plugin.
Originally for bass trombone (or tuba) and piano, was composed for Charles Vernon, bass trombonist with the Chicago Symphony Orchestra, and the 30th Anniversary of the International Trombone Festival. This significant addition to the repertoire is written in an accessible modern style. The musical language is sophisticated, yet appealing to general audiences. Illuminations is cast in 2 contrasting movements: The first, Reverie, is contemplative and lyrical. Beautiful, expansive melodic lines are woven into a gentle, almost mystical, musical fabric. The second movement, Urban Lights, is an energetic rondo that is strongly influenced by jazz, and in one section, funk music. “Thoughtful, tuneful, and rewarding to perform.” – ITA Journal
Skip to the end of the images gallery 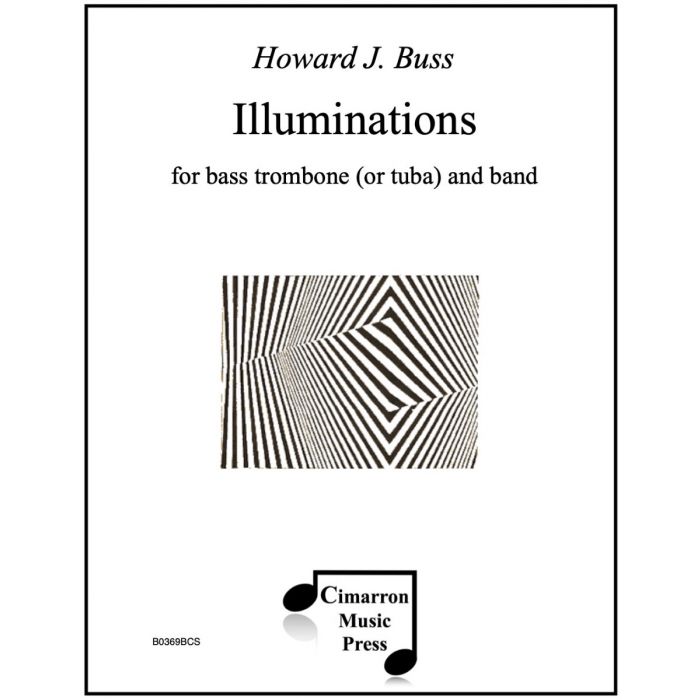