SKU
B0308
Add to Compare
Update Required To play the media you will need to either update your browser to a recent version or update your Flash plugin.
This significant work in 2 movements is a musical representation of the “Big Bang” theory of the creation of the universe which contends that our ever-expanding universe began as a colossal explosion at a single point in space. During the first movement, The Creation, all musical development grows out of an initial blast of sound. Waves of sound mass gradually crystallize into definite pitches leading to the formation of the natural harmonic series. 12-tone fragments intertwine and gradually coalesce into perceptible melodies. This musical development is analogous to the formation of compounds, amino acids, etc. Midway through The Creation the “spark of life" is introduced in an abrupt shift of musical activity which undergoes continuous development to the end of the movement. The animated second movement, Dance of Life, is a joyous celebration of life. Percussion distribution: Perc. 1: 2 suspended cymbals, 3 brake drums, 2 cowbells, temple blocks, tam-tam & sand blocks; Perc. 2: Orchestra bells, 5 roto toms & triangle; Perc.3: Flexitone, timpani (4), wind chimes, bongos & a thunder sheet (or a large tam-tam); Perc. 4: Xylophone, suspended cymbal, bass drum & chimes (tubular bells); Perc. 5: Marimba, 2 anvils metal pipes may be substituted), tambourine, finger cymbals & triangle; Perc. 6: Vibraphone, chimes (tubular bells) which are shared with player 4, snare drum, 2 suspended cymbals & tam-tam.The piano is treated as an integral part of the percussion battery. This engaging work is appropriate for a college-level percussion ensemble.
Skip to the end of the images gallery 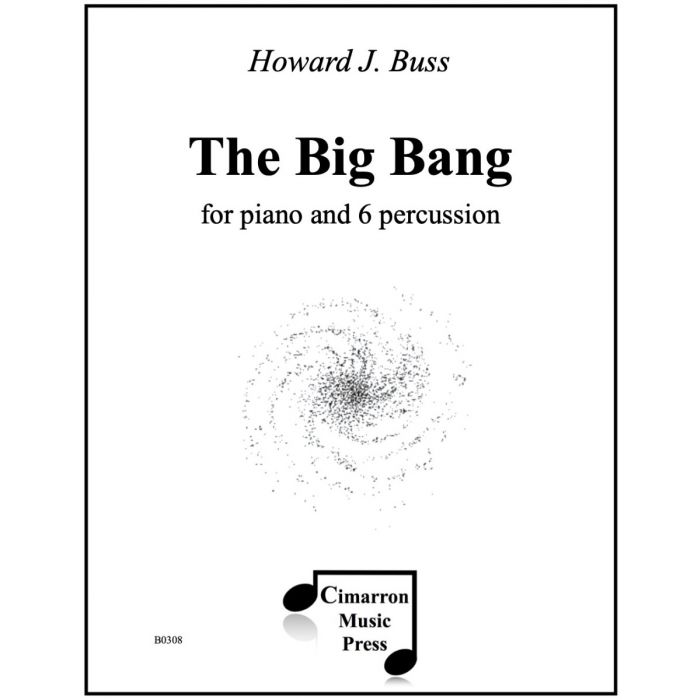