SKU
B0398
Add to Compare
Update Required To play the media you will need to either update your browser to a recent version or update your Flash plugin.
A colorful, captivating duo in 3 movements: The Wakening; One Sunday, Long Ago; and On-the-Edge. It was commissioned by the Double Take Duo. The first movement begins with a mysterious and turbulent section featuring dramatic contrasts of dynamics and mood. Eventually this gives way to passages with a hint of playfulness. It culminates in an intriguing dance-like section with a distinctively Latin flare. One Sunday, Long Ago is divided into 2 main parts: the first uses lyrical, soaring melodies played on the Flügelhorn over a delicate ostinato on the maracas. Notable about the percussion part in this section is that the percussionist also plays the bongos and tambourine (setting on a table) with the bodies of the maracas, and the suspended cymbals with the butts of the maraca handles. It ends with an intriguing interplay between the marimba and the Flügelhorn,creating a beautiful, and almost meditative, atmosphere. The final movement is energetic, highly dramatic, and is obviously influenced by jazz. The percussion instruments used include marimba (to low A), two suspended cymbals, bongos, temple blocks, tambourine, maracas, wood block, tam-tam, cow bell, and triangle. The marimba part calls mostly for two-mallet technique.When 4 mallets are employed (in the third movement) sparingly, they are used in repeated chordal patterns. ATMOSPHERES is recorded on the Double Take Duo CD Atmospheres and on the CD Spanish Memoirs by Diego Arias and Yu-Jung Chung. It is a sophisticated work with audience appeal!
Skip to the end of the images gallery 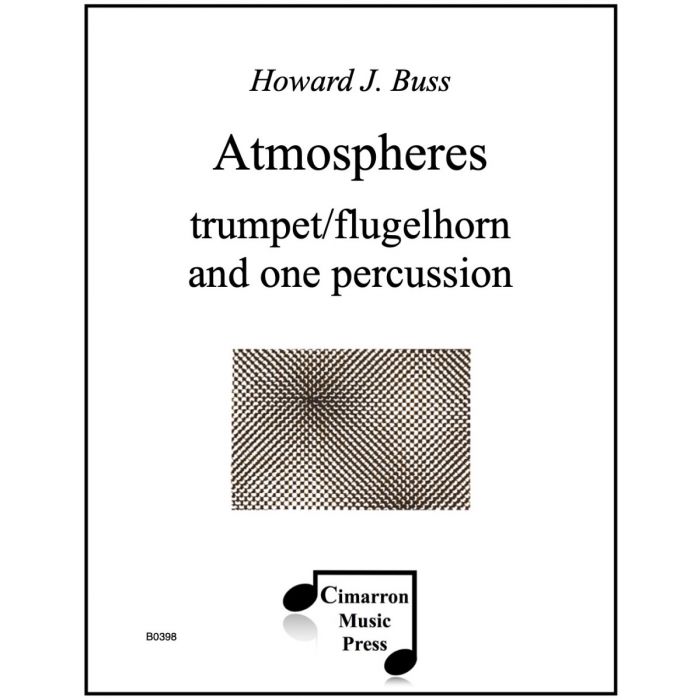